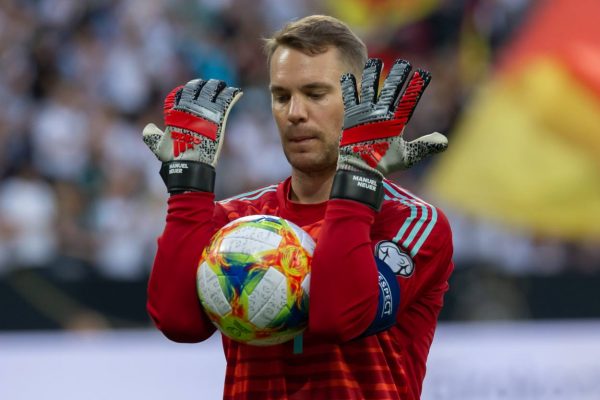 The Bundesliga is one of the top leagues in Europe. It competes with the likes of the Premier League, Serie A, La Liga, and others. And since the league is home to teams like Bayern Munich, Dortmund, and Leipzig, it is home to some of the world’s best players. On that note, we’d like to spend a bit of time highlighting the Bundesliga’s best FIFA 22 players. Many of them can be found at the three teams mentioned above too, which isn’t a great surprise.

So, who are these players and what are their ratings? Let’s take a closer look.

As you’ll see below, the top five Bundesliga players are heavily dominated by one team – Bayern Munich. As you climb out of the top five, you’ll see many players for Dortmund and Leipzig. But for the purposes of this topic, we shall only be looking at the very best. So, here they are:

It’s probably no great surprise to learn that Lewandowski is one of Bundesliga’s best players. He is actually the second-best player (in terms of rating) in the game, behind the one and only Lionel Messi. Playing as a striker for Bayern, Lewandowski is a goal-scoring machine. He is prolific with his right boot, solid with his left, and has a shooting rating of 92. And with shot power at 90, as well as finishing at 95, he is a highly sought-after Bundesliga player.

Lewandowski is able to play in multiple strike positions too thanks to his strength with both feet. This means he will fit in nicely at any club really.

Behind Lewandowski, we have Manuel Neuer. He has been a goalkeeping legend for as long as we can remember. And at 35 years of age, he is still ranked at 90 overall in FIFA 22. This makes him the best goalkeeper not only in the Bundesliga, but in the world, and in the game! With Neuer between the sticks, it can be pretty hard to score goals past him. And if you are playing as Bayern, it’s comforting to have a player of his calibre between the posts.

He is close to 90 in all primary attributes relating to goalkeeping too. This includes diving, handling, positioning, and reflexes!

Moving into the midfield region now, we have Joshua Kimmich. This young 26-year-old is rated at 89 overall in FIFA 22, making him a top-level midfielder. In fact, it puts him right in the mix with other legends like Bruno Fernandes and Kevin de Bruyne. With that said, Kimmich is more of a defensive midfielder, but he still scores highly for many attributes. These would include aggression, crossing, long passing, and stamina.

The fact that he is just 26 means that he has room to progress too, so his overall rating can indeed increase. This depends on how well he is utilized at Bayern and how well he performs, however.

Finally, we have a player that isn’t from Bayern Munich! Erling Haaland steps in as the fourth-highest rated player in the Bundesliga for FIFA 22. Haaland is rated as 88 overall, as you can see, and he is just 21 years old in the game. That shows significant room for growth and his potential is 90+ according to recent FIFA reports. The reason that Erling Haaland is so dangerous in the game is mainly due to his speed and finishing ability.

Looking at his primary ratings, his finishing, spring speed, and shot power are all sitting at 94. That’s pretty sensational by anyone’s standards!

Okay, moving back to Bayern again, we have Leon Goretzka. He actually has the exact same rating as Thomas Muller, at 87, but his primary ratings are marginally better. Of course, he is also 26, which makes him a better prospect than the more seasoned Muller. Back to his ratings now, Goretzka’s primaries are ridiculous. He is in the green for each and every category, with his most impressive stats being for long shots, positioning, and reactions. He mainly plays in a CM role for Bayern, but he is actually pretty versatile.

If you want to play him in a CAM role, he can fulfil this effectively thanks to great passing and long shot abilities. But if you want him to help the defensive lineup, Goertzka is more than capable of this as well.

Find out which Bayern Munich players rank highest in the FIFA 22 ratings.