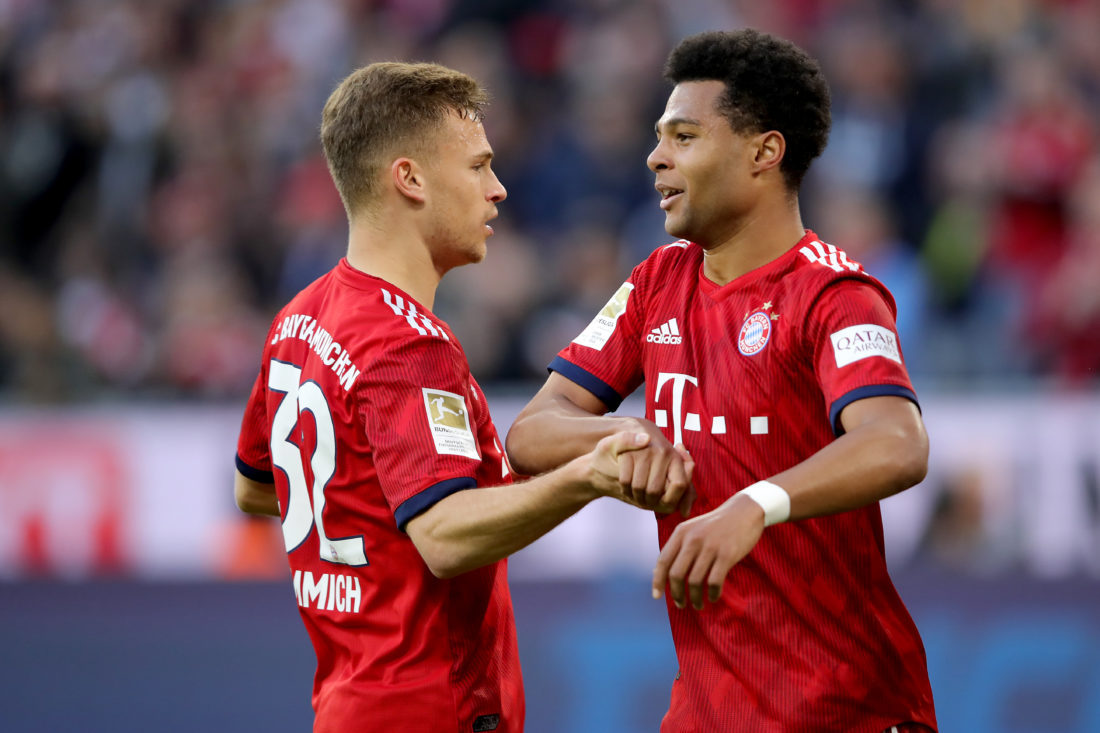 Startseite » News » “Serge Gnabry’s the biggest surprise of the season”

“Serge Gnabry’s the biggest surprise of the season”

Serge Gnabry has surpassed all expectations in his first season at Bayern Munich, according to president Uli Hoeneß.

Bayern signed the winger from Werder Bremen in summer 2017 and loaned the former VfB Stuttgart and Arsenal youngster out to Bundesliga rivals Hoffenheim.

He managed to score 10 goals and produced seven assists in 22 league appearances over the course of the 2017/18 campaign for Hoffenheim.

Hoeness still had his reservations about Gnabry and his ability to play at Bayern Munich; reservations that have now been put to bed back in Munich.Gnabry has scored nine goals in 27 Bundesliga outings this season already. Add to this seven assists and Gnabry is Bayern's second-highest Bundesliga scorer so far this season – behind Robert Lewandowski.

The 23-year-old has also been successful three times during the record champions' run to the DFB Cup semi-finals – where he is set to line up against ex-employers Bremen on Wednesday.

He has also registered two goals and two assists in his last four internationals for Germany.

“We thought we'd bring him back, and then see how he gets on if he plays from time to time,” Hoeneß said of Gnabry in Tuesday's edition of Germany's sports magazine, Kicker. “Now he's a first-team regular, he's enjoying himself and is the biggest surprise of the season – in a very positive way.”While Gnabry may have surprised Hoeneß with his blistering form in 2018/19, the Bayern winger's former 2016 Summer Olympics coach, Horst Hrubesch, has been anything but surprised.

“There's no limit with him,” said Hrubesch who, with support from Gnabry, made Germany win a silver medal in Rio in 2016, losing the final against Brazil on penalties.