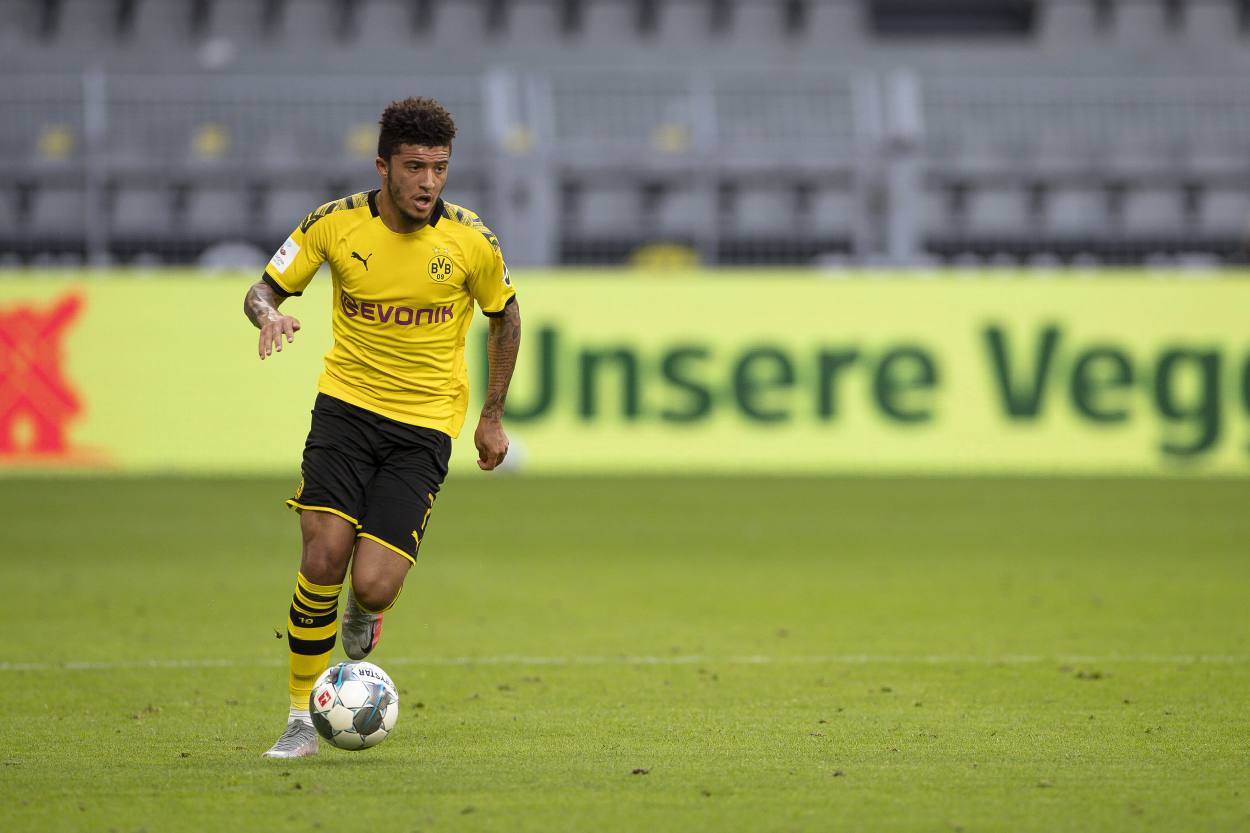 The 21-year-old England international was on Borussia Dortmund.

The Man City academy graduate looked on the verge of joining the Red Devils this summer and even attracted a €100m bid for his services from the Old Trafford outfit. Dortmund, however, were adamant of not letting him leave until United met their €120m asking price of the England international.Aside from the fact that United refused to meet Dortmund’s valuation of their prized asset, Sancho’s unwillingness to hand in a transfer request also ensured that he’d be spending the 2020/21 season with the Signal Iduna Park residents.

Liverpool are favorites to bring Sancho to the Premier League next summer as the Englishman has spoken with Jurgen Klopp in the past and is reportedly impressed with the German. However, if he decides to stay in the Bundesliga, then Bayern are the more likely destination for Sancho.The 29-year-old France international, who has spent most of his career playing just behind the centre-forward, has been playing out wide on the right under the new Barcelona boss.

The 29-year-old France international has been deployed on the right wing by the new Barca manager despite the fact that Griezmann has spent the majority of his career playing just behind the centre-forward.

Koeman has given that place in the starting XI to Lionel Messi who now leads the line for the Camp Nou outfit with Philippe Coutinho occupying the role just behind Messi that Griezmann made his own during his time at Atletico Madrid.

And Deschamps believes that his new role is unsettling for Griezmann who he believes ‘doesn’t have the ability’ to beat opposition players on the wing. The French manager further added that the 29-year-old ‘needs to touch the ball a lot’ and for that he ‘must play in his [natural] position’.The 27-year-old Ghana international joined the Gunners on transfer deadline day after the North London club activated the €50m release clause in his Atletico Madrid contract.

Partey was linked with the Gunners all summer but seemed destined to spend another season at the Wanda Metropolitano before the North London club decided to activate the €50m release clause in his Atletico contract on Monday.Atletico were reportedly certain that the Ghanaian would remain at the club and weren’t informed by the Gunners of their decision to activate the defensive midfielder’s release clause, with AS reporting that the Rojiblancos were informed of Partey’s departure by La Liga.

Daily Mail claims that the new Arsenal signing will earn £250,000 a week at The Emirates and will also rake in a £1.8m signing on fee.