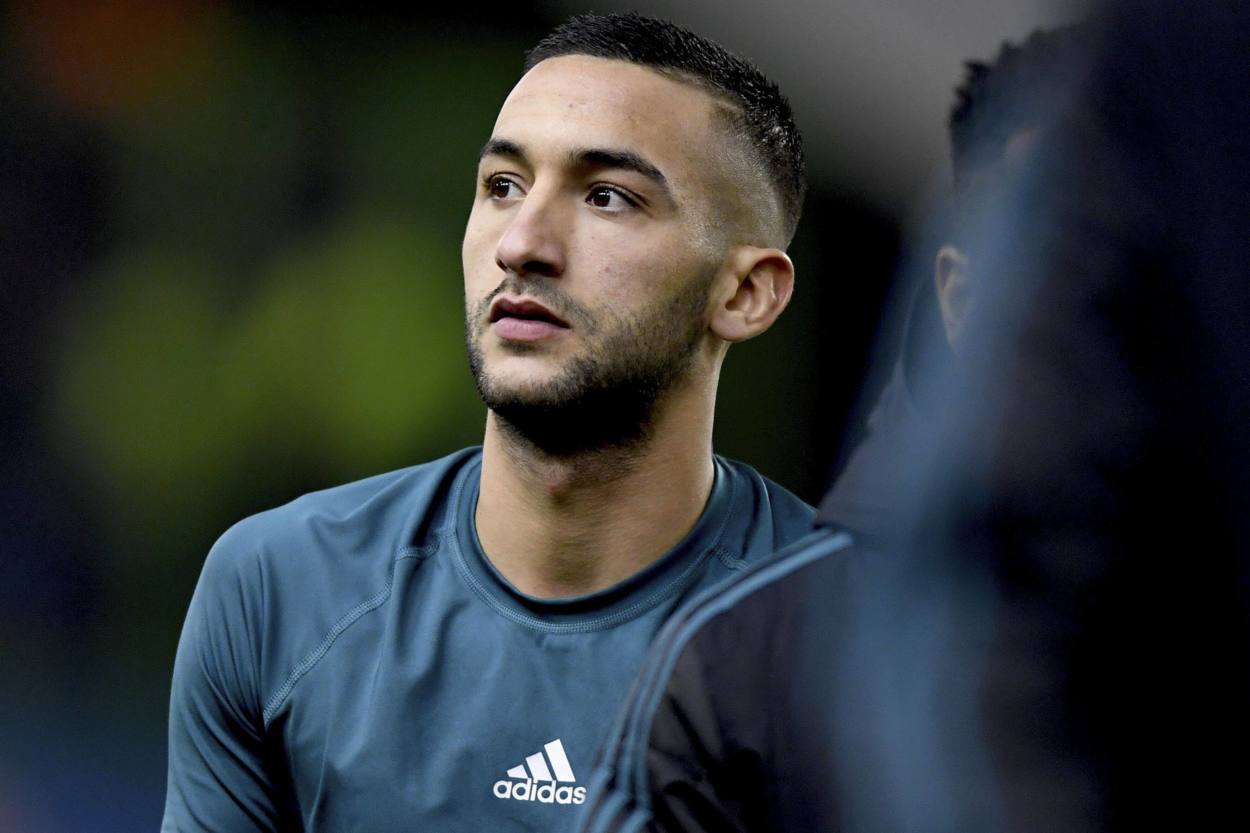 Two ways Chelsea could line-up with Hakim Ziyech next season

Ajax boss Erik ten Hag has claimed that Chelsea have reached an agreement with the Dutch club over the transfer of Hakim Ziyech. The 26-year-old forward will join the Stamford Bridge residents in the summer.

The Stamford Bridge residents have won the race for the Ajax winger who has scored 6 and assisted another 12 goals in the Eredivisie so far this season.

After having a surprisingly quiet January transfer window during which they failed to complete a single signing, Chelsea appeared to have stolen a march on their rivals ahead of the upcoming summer transfer window by completing the signing of Ajax midfielder Hakim Ziyech.

On Wednesday, reports from reputed media outlets began circulating that the Blues had agreed a €45m deal with the Dutch club for the transfer of the 25-year-old. Ajax boss Erik ten Hag confirmed the same later in the day to put it beyond doubt that the Moroccan will play in the Premier League next season.

His signing has been a huge coup on the part of Frank Lampard’s side. Apart from their inability to add new faces to their squad last month, the transfer ban which prevented them from signing players in the previous two windows has seen the North London side fall behind their rivals in the league.

The arrival of the Morocco international will finally fill the void that has been left gaping at the club since the departure of Eden Hazard for Real Madrid last summer. And with Willian and Pedro both looking set to leave the club at the end of the season, Ziyech’s signing is a timely one.Of the 24 appearances that Ziyech has made for Ajax so far this season, more than half (15) have seen the Moroccan playing on the right side of the attack.

Given that he has a superb left foot and an ability to cut in inside the defender, Lampard would do well to play the midfielder in his natural position if he’s to exploit his attacking talent.

Trying to field him on the right side of the attack shouldn’t be a problem given that Willian, the current occupant of that position, looks set to leave the club at the end of this season.

The Brazilian midfielder has repeated on numerous occasions this season that he wants to extend his stay in London but has been unable to strike a new deal that could grant him that wish.

With Pedro, another player who can cut in inside the right flank, also seemingly on his way out, it shouldn’t be a problem for Lampard to field Ziyech in his favorite role in Chelsea’s starting XI.Although the 26-year-old has played the lion's share of his games on the left flank, his boss ten Hag has also deployed the attacker in the middle of the park.

Ziyech is at his creative best when he is playing in the more central role, as he has provided 8 assists in the nine games in which he was asked to play just behind the striker.

The added creativity comes at the cost of goals, though, as the former FC Twente man managed to score just two goals in the nine games in which he wasn’t playing on the wing.