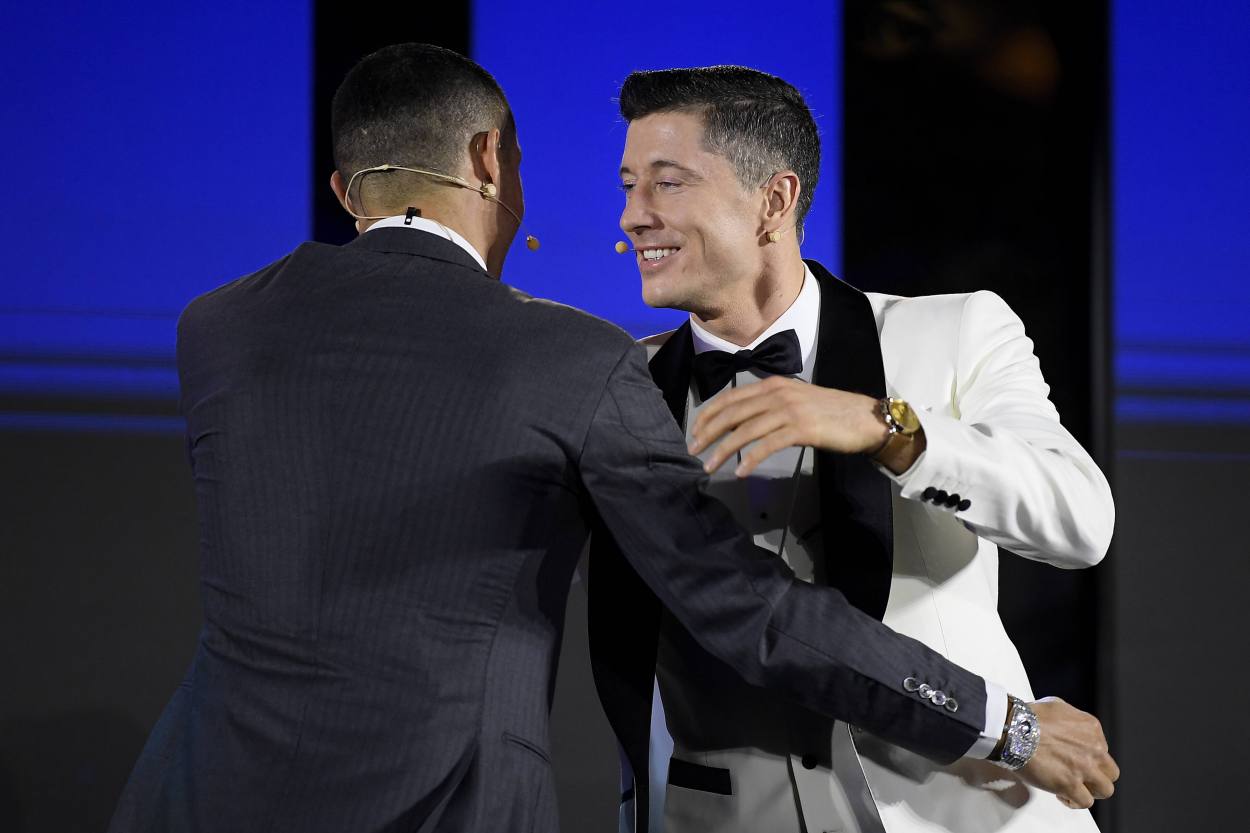 What Cristiano Ronaldo said to Robert Lewandowski at the ‘Globe Soccer Award’ gala held in Dubai at the tail end of December 2020.

Robert Lewandowski has revealed the contents of his conversation with Cristiano Ronaldo at last year’s Globe Soccer Award gala in Dubai.

The pair sat together at the podium and was captured by cameras speaking to each other in hushed voices after the award ceremony, igniting rumors on social media about what Ronaldo said to Lewandowski during that time.

Some social media users guessed that the Portuguese superstar was trying to convince his Polish counterpart to join him in Italy, whereas other opined that what Ronaldo said to Lewandowski had nothing to do with transfers and merely involved pleasantries.

Lewandowski, in an interview to Sport Bild, has backed the second viewpoint, claiming: “I spoke to [Cristiano] Ronaldo after the gala. He congratulated me on the trophies of the past season and generally on my achievements in 2020.”

The Bayern Munich star added that the conversation didn’t end there, insisting that he has known his Portuguese counterpart for a long time: “We are both experienced players, have known each other for a long time – but that was a very good, a special conversation.”

How much Cristiano Ronaldo earns at Juventus?

Ligalive reported last month that the annual salary of Ronaldo at Juventus exceeds the total wage bill of four Serie A clubs. That shouldn’t come as a surprise given that the Portuguese is the first footballer in history to rack in $1billion during his playing career.

Safe to say that it isn’t only his weekly salary at Juventus – just over €400,000 a week – that has allowed the net worth of Ronaldo to cross that monumental figure in 2021. Instead, the Portuguese’s investments and endorsements have also played their part in his mouth-watering fortune.