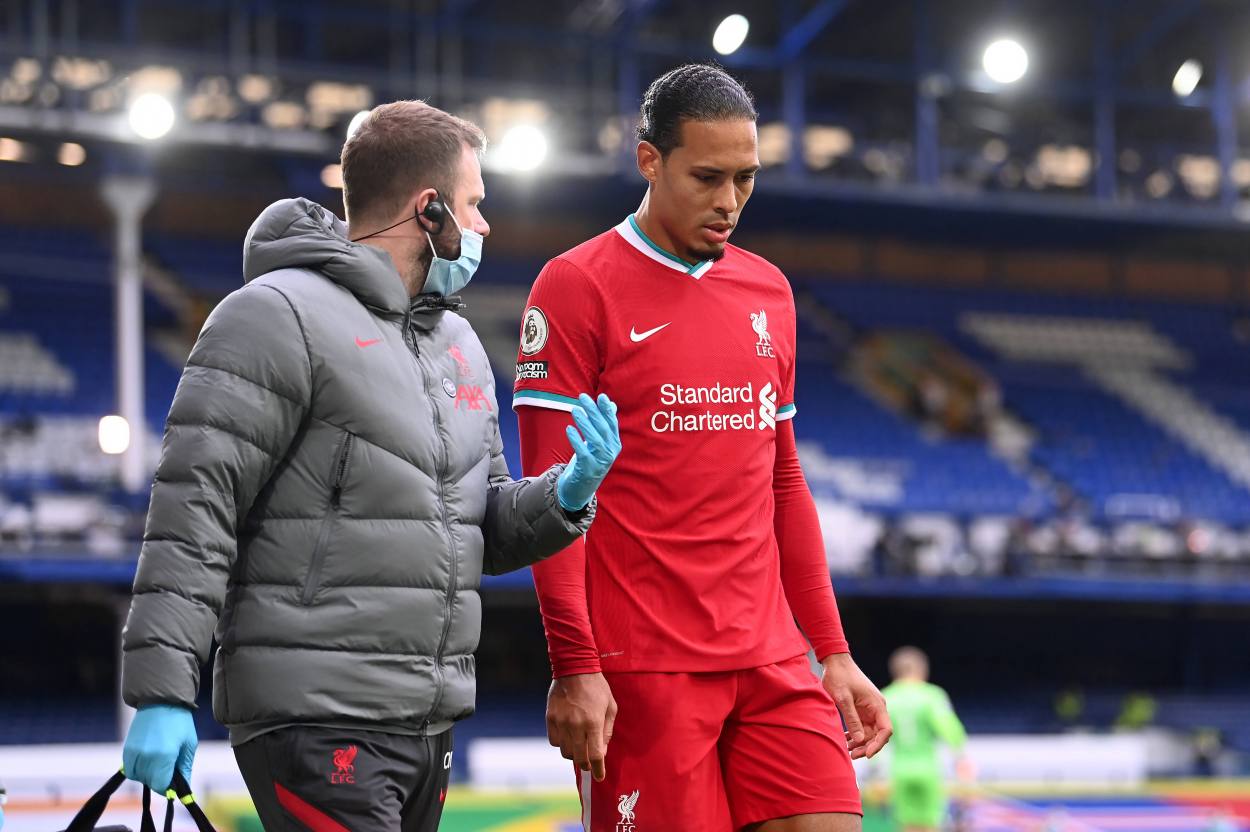 Netherlands manager Frank de Boer has claimed hope Virgil Van Dijk has ‘eight weeks to go' in his recovery from the knee injury that has kept the center-back out of action since last October.

Van Dijk has been on the sidelines since injuring his knee ligament while playing for Liverpool in the Merseyside derby that month.

He has since returned to individual training sessions, first in Dubai with the club's medical staff and later at Liverpool's newly built training complex, but doubts remain over whether the Dutchman will return to action ahead of the delayed European championships.

His potential return ahead of the Euros might at once annoy Liverpool faithful and cheer those wearing the Orange jersey ahead of the summer. Mainly because the former group of fans fear that rushing the Dutchman back into action might exacerbate his injury woes.

Klopp reveals when he expects van Dijk to return from injury

Similar to his counterpart in the Netherlands hotseat, the Liverpool boss isn't too confident either of seeing Van Dijk return to action this season.

The German manager said recently that he expects both him and Joe Gomez, who is also sidelined for the season, to start the next pre-season with the Reds.

The duo's return from injury will also force Klopp to decide as to whether sign Ozan Kabak from Schalke permanently or to let him return to the relegation-bound Bundesliga side in the summer.