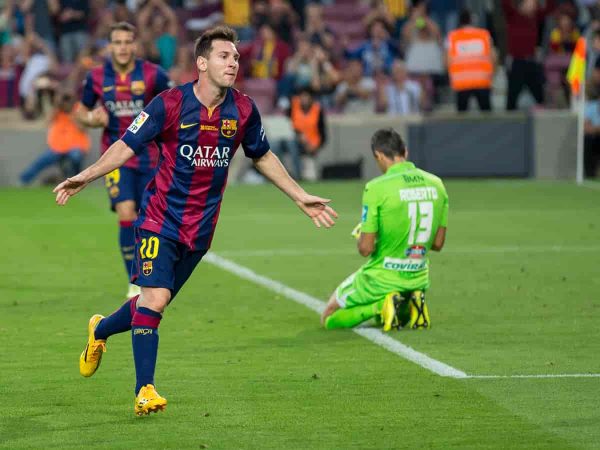 Why did Messi leave Barcelona? The story behind this summer’s headline transfer

This was arguably the biggest transfer story of the 21 Summer window. And then the day arrived – Lionel Messi left Barcelona. It’s a day that many fans thought would never come. But in an emotional send-off, Messi addressed the media and confirmed the move. At the time of writing, he is enjoying a brand new challenge at PSG.

However, many football fans are still curious as to what actually happened in Barcelona. Certain media reports are a little murky regarding why Messi left. So on that note, we’d like to clear things up right here.

The build-up to his departure

If you cast your minds back to Summer 2020, there were already signs of a Messi departure. With Barcelona failing to win the league and failing to do much in the Champions League, tensions were high. In fact, back then rumours were rife that Messi would be leaving the club. Of course, nothing actually materialised, and Messi stayed at the club for another year. Barcelona then went on to participate in another modest season by their standards.

However, a lack of success isn’t actually the main reason Messi moved. Many fans still think that it is, but this couldn’t be further from the truth. Sure, Messi is a true gladiator of the game, and he’s a player that deserves trophies. But it’s actually the regulations in La Liga that pushed a Messi transfer through.

We’ve highlighted the major points relating to this below.

Key reasons that forced the move

We’ve stressed above that regulations played a major role in the Messi transfer. While this is true, there were other factors that influenced the move too. All is revealed here.

This is something that wasn’t covered extensively by the media. Basically, La Liga has rules in place where a club cannot pay more than 70% of club revenue on player salaries. This is obviously an attempt to keep the league as fair as possible. And given the problematic period experienced around the globe, especially concerning professional sport, Barcelona’s overall revenue had declined.

Reportedly, if Barcelona was going to re-sign Messi, they’d need to free up around $200 million in club funds. Even for a club as powerful as Barcelona from a financial standpoint, this just wasn’t going to happen. Perhaps most interestingly, Messi even offered to reduce his salary by 50% to stay in Barcelona. But even with this proposal, a transfer couldn’t be avoided due to strict La Liga regulations.

Barcelona hasn’t been as dominant in recent years as they have previously been. Everyone knows this, and Messi certainly knows this too. They have endured many sub-par Champions League campaigns, failed to win La Liga, and were no longer viewed as a powerhouse of football. So when you’ve got a guy like Messi playing at a club that isn’t living up to expectations, a move was somewhat inevitable.

Barcelona had also been quite vocal about their ‘regrouping project’. Basically, this is a project of restructuring the team to build for the future. Like most regrouping projects in the sport, this means that the next few seasons would be sub-par. And with Messi approaching the twilight of his career, why would he stay?

Remember all of the hype about the European Super League? It wasn’t so long ago that this was all over the news. Barcelona was a strong advocate for pushing this elite league forward too. Speculators claim that this was an indirect move to provide the cash flow necessary to keep Messi at the club. Nothing has ever been publicly announced regarding this, but it’s a move that adds up if they were to secure Messi’s services.

Ultimately, the European Super League was rejected by fans and players. Some would say that this was a bit of a nail in the coffin for Messi, as his transfer news broke just a few weeks following the failed decision. A formation of such a European Super League would have bankrolled Messi staying at the club. But failure prompted the exact opposite.

When we say major trophies, really, we mean the Champions League. This is the one that all top-level football clubs want to win. With Barcelona, they haven’t won the Champions League since the 2014/2015 season. Again, this isn’t acceptable for a guy of Messi’s calibre, and failing to win La Liga in 2020/2021 wouldn’t have helped.

Of course, this, and everything mentioned above, all adds up and weighs on the shoulders of guys that are built to win!

Find out more: Why did Xisco leave Watford? The first Premier League sacking of the season explained.