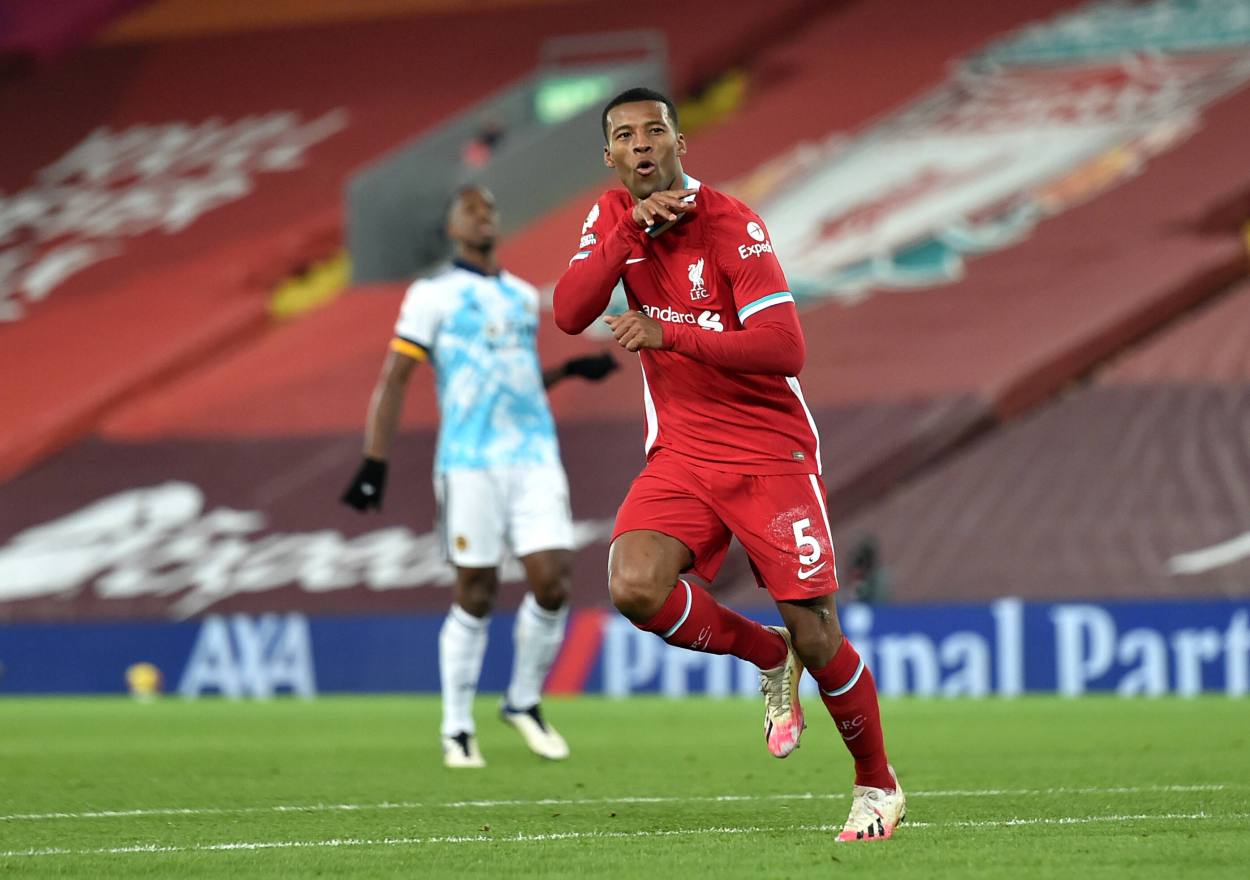 Wijnaldum to leave Liverpool for Barcelona: Reds draw-up three man shortlist to replace the Dutchman in the summer transfer window

The most notable name on the list is Lyon ace Houssem Aouar. The France midfielder was linked with a move to Arsenal in the summer transfer window, before the Gunners decided to complete the deadline day signing of Thomas Partey from Atletico Madrid instead.

Aouar, however, didn’t let the failed move to the North London outfit affect his game. He has instead guided his side to an unexpected title charge and has been one of the side’s best performers with five goals and three assists in 19 Ligue 1 appearances.

Another name on the list of players Liverpool would be looking at after the impending departure of Wijnaldum is Florian Neuhaus.

The Borussia Monchengladbach star has a release clause of £35m in his contract with Marco Rose’s side and is linked with Borussia Dortmund. Though it remains to be seen that whether Dortmund would sanction his departure this summer.

Like the Reds did with Wijnaldum, Jurgen Klopp’s side could turn their search for the Dutchman’s replacement to a midfielder in the English top-flight in Brighton’s Yves Bissouma.

The 24-year-old has a superb breakthrough season with the Seagulls that has seen him attracting interest from Arsenal and seems to be on the cusp of leaving Brighton after manager Graham Potter admitted earlier this season that Bissouma can play in the Champions League.