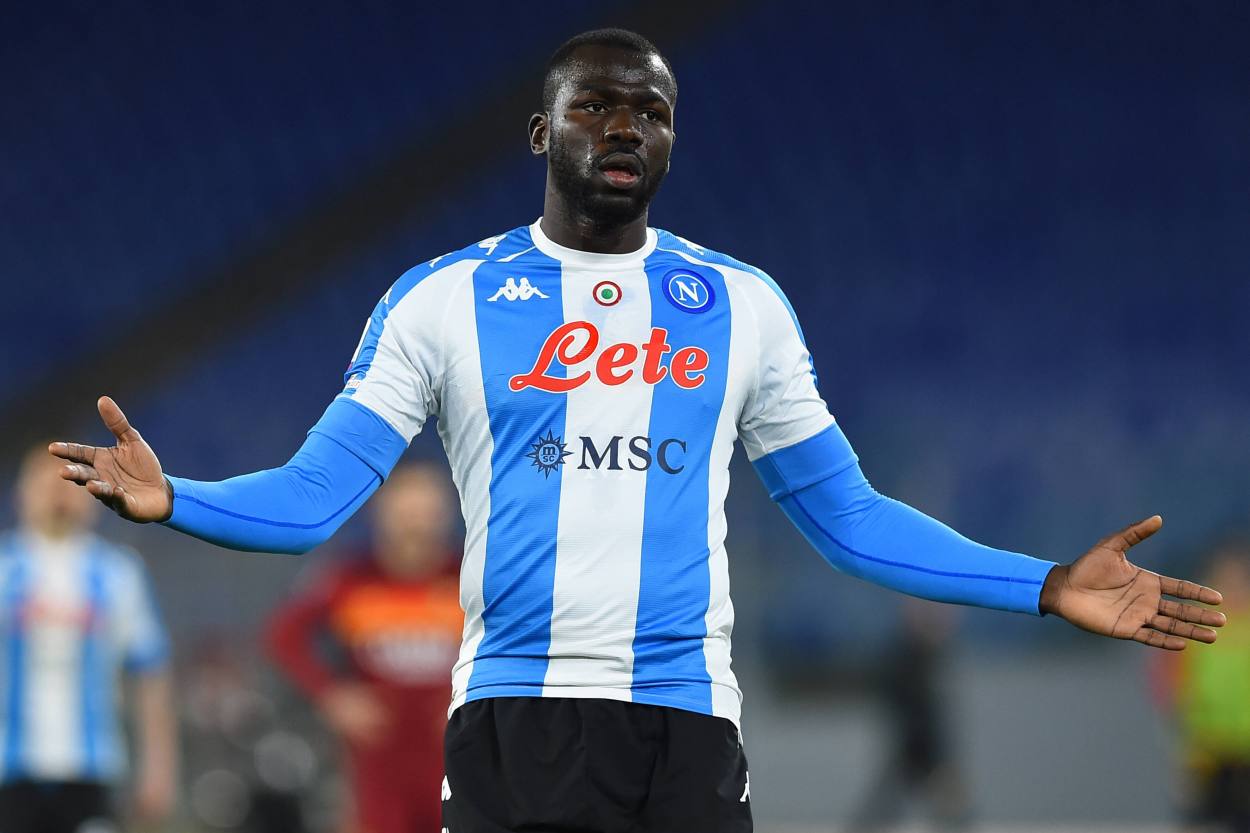 Will Liverpool sign a centre back this summer? Jurgen Klopp’s side linked with Kalidou Koulibaly swoop

Will Liverpool sign a centre back this summer? Jurgen Klopp’s side are linked with Kalidou Koulibaly swoop ahead of summer.

The 29-year-old centre-half was close to signing for Manchester City last summer before Pep Guardiola’s side snapped up Ruben Dias from FC Porto.

Koulibaly has long been linked with a move to the English top-flight, with Manchester United also reportedly eyeing his signature.

And while Napoli were reluctant to lower their astronomical asking price for the centre-half last summer, their financial woes in the wake of COVID-19 pandemic might convince the Serie A outfit to cash-in on the 29-year-old ahead of the 2021/22 campaign.

McGarry: Liverpool ‘look to be leading’ race for Koulibaly

“It is our understanding that an informal offer to begin with of €40m (£34.2m) plus add-ons has been made for the player, who's certainly available,” he said.

“Certainly Jurgen Klopp looks at him as being a very, very suitable partner for Van Dijk, who is expected to return before the start of next season and do pre-season with Liverpool as well.”

“Koulibaly has had interest from Manchester City and Manchester United but Liverpool look to be leading the race now in a reduced-price market for a player – okay, he's 29, but that does also give him the advantage of the experience and he will be able to hit the ground running with regards to coming into a new club.”

Even though the Reds are linked with a move for the Napoli centre-half, chances of them going after a top-quality centre-half, provided they qualify for the Champions League, are pretty slim.

Mainly because van Dijk and Joe Gomez, Jurgen Klopp’s first-choice centre-half pairing, will be available for selection ahead of the 2021/22 campaign.

So too will be Joel Matip who has sat out the last few months with an injury. Throw into the mix Ozan Kabak, who the Reds could sign on a permanent basis next summer, and Ben Davies, who the Reds signed in January, and there’s little space in the Reds’ squad for a new centre-back.