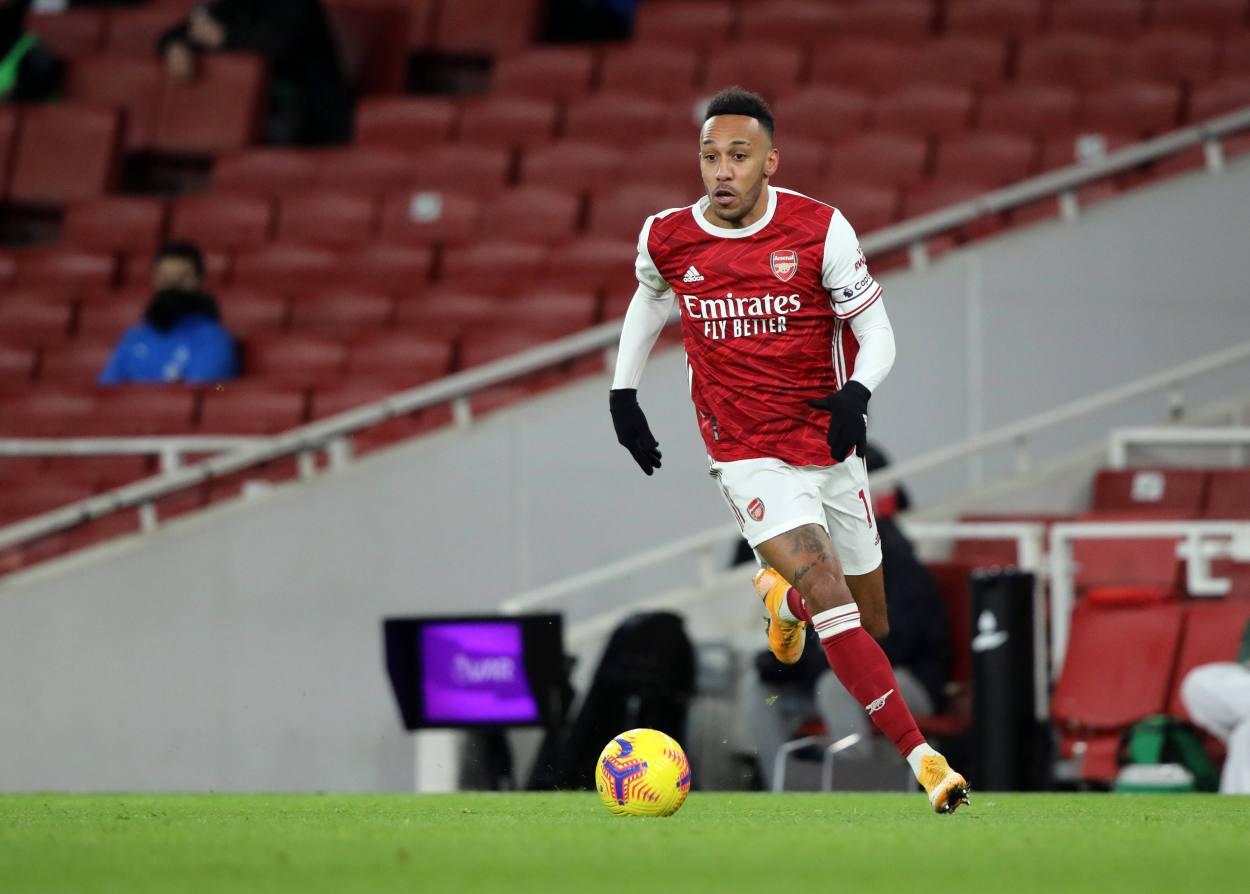 Arsenal will be looking to carry on their recent excellent form when they travel to face 14th place Wolverhampton Wanderers at the Molineux Stadium on Tuesday.

Mikel Arteta’s side didn’t start the season well and at one stage found themselves perilously close to the relegation places. However, a run three victories in their last five games, a streak which also saw the Gunners holding Man Utd to a 0-0 draw, has lifted them to the upper half of the table.

That isn’t the case with Nuno Espirito Santo’s men who have struggled to live up to the expectations so far this season. The West Midlands club hasn’t won any of its last five games in the English top-flight and might find themselves at 17th place if they suffer a defeat later today.

Images coming out of Arsenal’s training ground earlier this week would have surely delighted the Gunners massive fanbase as it showed Pierre Emerick Aubameyang, who missed the past few weeks due to a family issue, back training with the rest of the Gunners’ squad.

His return to the side might mean bad news for Pepe. The former Lyon winger has featured in the starting XI in the absence of Aubameyang but will now find himself back on the bench now that the former Borussia Dortmund is once again available for selection.

Wolves, meanwhile, are sweating on the fitness of Romain Saiss. The centre-back missed his side’s defeat at Crystal Palace at the weekend with a knock and is a minor doubt for this game. His potential absence will leave Nuno Espirito Santo with no choice but to nominate an unchanged back four.

What TV channel is Wolves Vs Arsenal on: Live stream info

BT Sport 1 will broadcast the game live from 5:30pm.

There are multiple ways to land BT Sport subscription. One, which is for BT Broadband users, allows them to add BT Sport and BT TV to their existing contract with a top-up of 15per month. You can also get the ‘BT Sport’ package for £40 per 30 days. To get all BT Sport channels and a NOW TV pass that lets you view 11 Sky Sports channels.

Those of you who are interested in streaming the game can use the BT Sport monthly pass. There’s also the option of watching the game live on BT Sport app (compatible on laptops, smartphones and tablets) and BT Sport website.