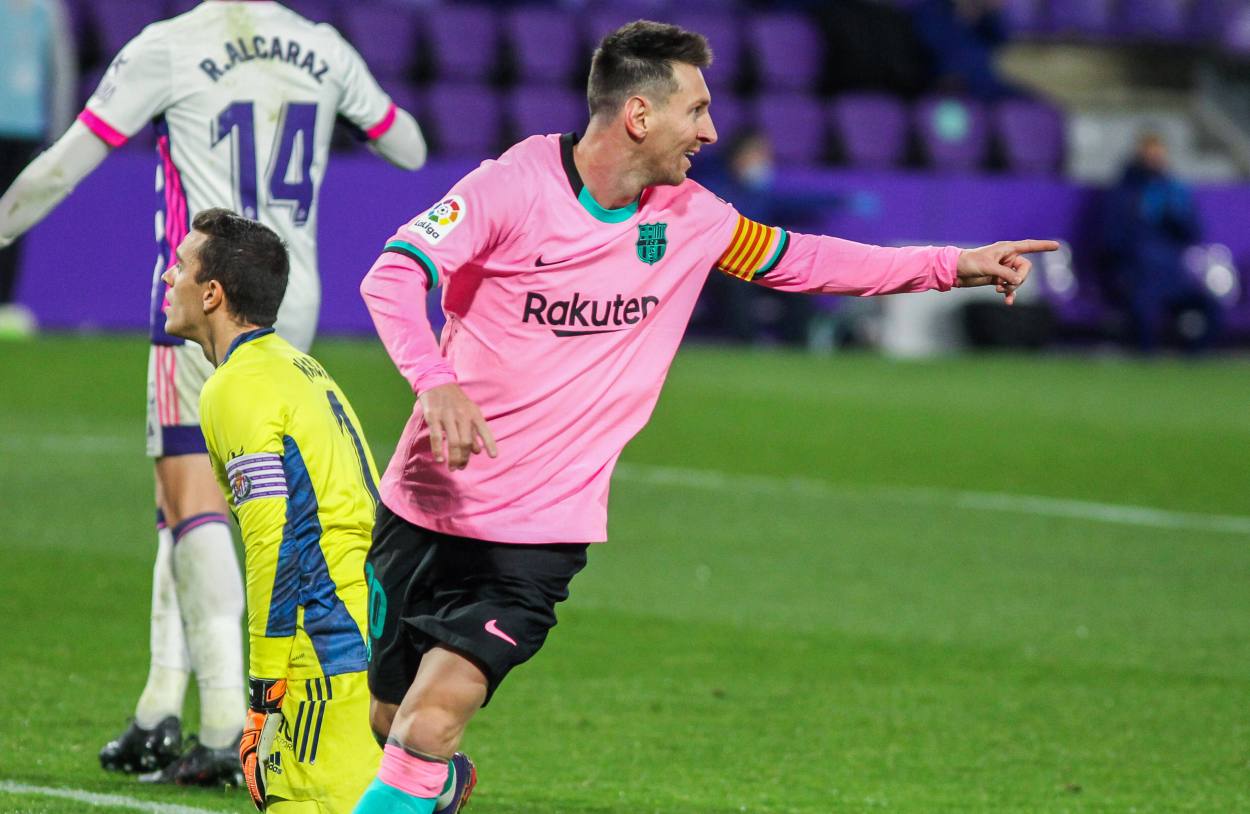 Yet another record: Lionel Messi knocking on Xavi’s door in search for another Barcelona milestone

Yet another record: Lionel Messi knocking on Xavi’s door in search for another milestone at the Camp Nou outfit.

Lionel Messi is only 18 appearances away from breaking former teammate Xavi Hernandez’s record of most appearances for Barcelona, per SPORT.

That means that the Argentine is only 18 games away from overtaking his former teammate, and six from beating Xavi’s league tally. He could end up breaking the former record by March and the latter by the end of this month barring any unforeseen circumstances.

Lionel Messi’s record for Barcelona is beyond phenomenal

Unlike Xavi who supplemented his appearances record with Barca with several trophies, Messi has won trophies and scored bucket loads of goals too. He has scored 644 goals for the Camp Nou outfit in all competitions, 451 of which have come in La Liga.

However, while these numbers are beyond staggering, they are still someway short of the record of 622 appearances in the Spanish top-flight, set by former Athletic, Barcelona and Valencia star Andoni Zubizaretta during his trophy-laden career in Spain.