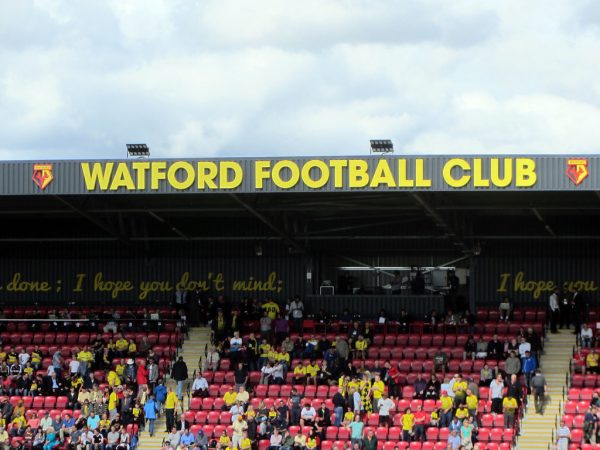 Startseite » News » Why did Xisco leave Watford? The first Premier League sacking of the season explained

Why did Xisco leave Watford? The first Premier League sacking of the season explained

Xisco Munoz made Premier League history a few months back, and not in a good way. He became the very first Premier League manager to be axed for the 21/22 season. Some saw it coming, but many thought this dismissal was far too early. It’s not like Watford had been horrendous at the time of Xisco’s sacking either. They were doing okay, sitting in and around the mid-table zone. But apparently, the 1-0 loss to Leeds United was the final straw, and Xisco was sacked shortly afterwards.

But was there more to it than that? And above all, did Xisco really deserve the sack? Well, let’s take a closer look.

Ultimately, Xisco was in charge as Watford manager for less than 12 months. He managed to coach the team for just 7 Premier League games before he was given the boot. But where did it all begin for Xisco, and where did it go wrong?

Xisco was previously the head coach at Dinamo, a team at the top of the Georgian league. Dinamo won the league under Xisco’s guidance in December 2020, and this marked the end of his chapter at the club. Fancying a different challenge, Xisco took the role of Watford manager in the same month. At the time, Watford was fighting to gain promotion from the Championship to the Premier League.

Things started pretty well for Xisco at Watford. Once he took the reins, they managed to win against Norwich City – the league leaders. This set the stage for Xisco at the club, and he led Watford to promotion in April 2021. We can still remember the tears of Xisco on the pitch once he knew Watford had been promoted. Of course, this meant that Watford would officially be playing Premier League football for the 21/22 season.

Watford started out well in the Premier League, beating Aston Villa at home by 3-2. During their first few games, they also managed to spank fellow Championship promotion team, Norwich City. This might look great, but Xisco struggled massively to maintain consistency with the team's performances. In the run-up to October, Watford managed to lose 4 other games and draw 1 of them. This form led to their position of 15th in the table when Xisco was given the sack!

Although it’s normal for a recently promoted side to struggle in the Premier League, the board at Watford wanted a change. Xisco had led Watford to 15th place by the start of October, which is obviously above the drop zone. Then again, it’s clear the board wanted more, and Xisco was given his marching orders on October 3td, one day after their loss to Leeds United. But surprisingly, Watford didn’t state that the sacking was due to performances.

They quoted a negative trend surrounding Xisco and his relationship with the players. And they also claimed that he wasn’t able to get the right levels of team cohesion going on. Of course, unless you had regular contact with Xisco and the players, it would be unrealistic to confirm or dispute these statements. Regardless, facts are facts, and Xisco officially left the club on October 3rd 2021.

Did he deserve to go?

This is quite an interesting question, and it’s one that has been talked about ever since he left. The bottom line – did Xisco actually deserve to be given the sack after just 7 games in the Premier League? He was the first Premier League manager to be sacked this season, and many think Watford jumped the gun. This opinion became even wider spread when his replacement, Claudio Ranieri, lost 5-0 to Liverpool the following game.

In our opinion, this sacking came at a time when Watford needed stability and time for growth. Jumping up the Premier League is a big move, and it takes time to adjust to the standard of football. Therefore, we don’t believe that Xisco deserved to go, not that early on in the season anyway. But sadly, Watford has a trend of chopping managers prematurely. Since 2012, Xisco was the 13th manager in charge, meaning that at least one manager is sacked from their post each season.

It’s certainly not a job that displays any kind of security. And one thing is certain – Ranieri has quite a job on his hands to turn around Xisco’s previously struggling side. Will he prove to be better than Xisco? Only time will tell.

Find out more: Why did Messi leave Barcelona?