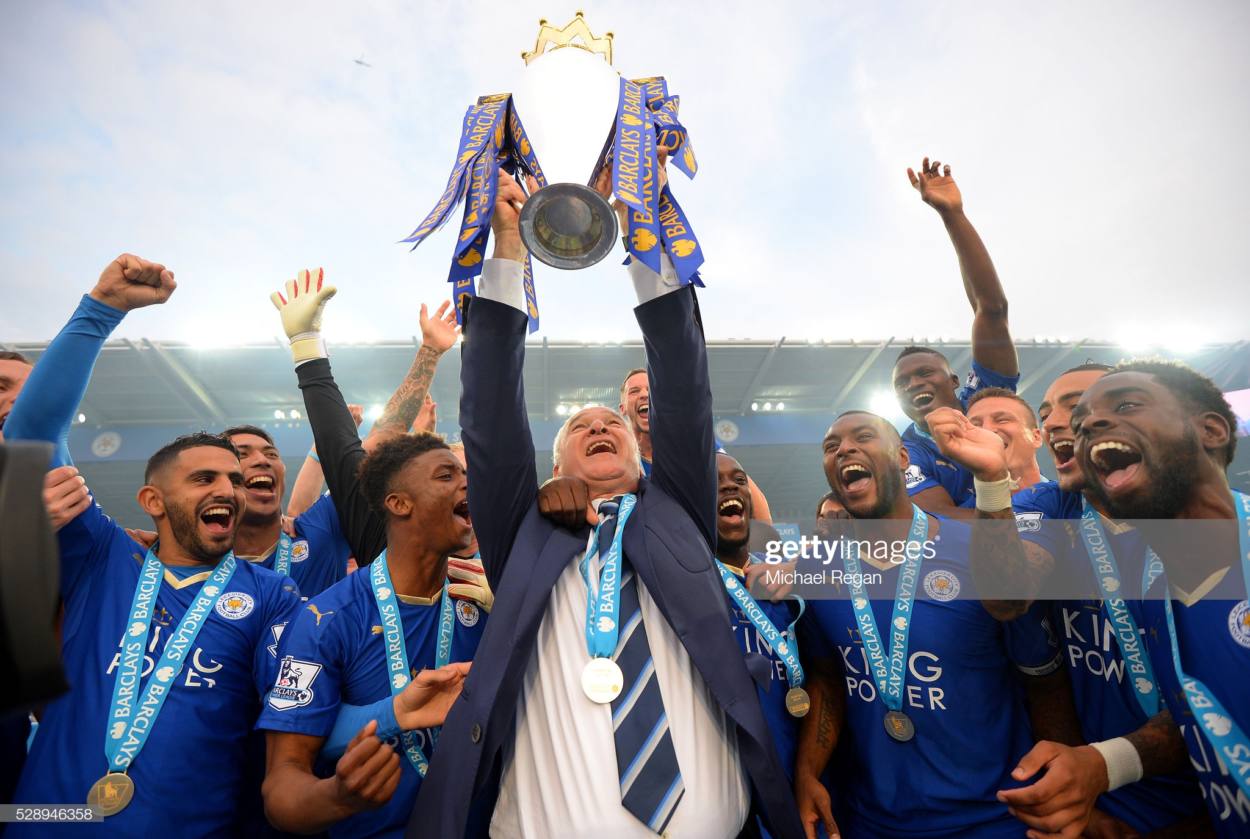 Located in East Midland Leicester, Leicester City is an English Football Club currently a part of English Premier League. When the club was founded in 1884, its name was Leicester Fosse F.C but later the name was changed to Leicester City Football Club. King Power Stadium is the home ground of the Foxes having a capacity of 32,312.

The Foxes are well known for their incredible 2015-16 Premier League campaign in which they ended as the champions. This triumph was one of the biggest shocks in the history of Football. Premier League is considered as the most competitive league in the world and for a newly promoted club, it is quite incredible to win the Premier League title.

Leicester City has been unlucky in the finals as the club reached FA CUP final 4 times but failed to win the trophy. The Foxes have a couple of promotions to their name along with two playoff final wins as well.

The blues have a decent record in FA Community shield winning it in 1971 and runners up in 2016. LCFC also competed at European level many times but failed to reach the business end of the tournament.Aiyawatt Srivaddhanaprabha is the CEO of the club succeeding his late father Vichai Srivaddhanaprabha who died in an unfortunate Helicopter crash on October 27, 2018. Vichai’s helicopter crashed down soon after taking off from the ground and as a result, all four people on board along with Vichai died.The biggest win of the club came against Notts Olympic in an FA Cup match back in 1894 with a scoreline of 13.0. The foxes were thumped heavily against Nottingham Forest in 1909 with a scoreline of 0-12. The club recorded highest home attendance of 47,298 against Tottenham Hotspurs back in 1928.

The home kit of the club usually consists of a blue shirt, white shorts, and socks of the same color. The club has couple nicknames like City, The Blues, and The Foxes but the last one is famously used. The image of the fox is also incorporated on the shirt.

The record for most appearances for the Foxes is held by Graham Cross who appeared in 599 games between 1960 and 1976. With 273 goals in his time at the club, Arthur Chandler is the record goalscorer for the blues. The record for scoring 13 goals in consecutive 11 games is also held by Leicester’s number 9 Jamie Vardy.

The club paid record £29 million for Sporting CP striker Islam Slimani and it was the most expensive signing in the history of the club. While the club received the highest transfer fee for Riyad Mahrez who was sold to Manchester City for £60 million.The financial management of the club is pretty decent as LCFC spent £ 103.14 million in 2018/19 season. The highest paid player of the Foxes is Jamie Vardy who is earning £100,000 per week.  The average age of Leicester City squad is 26 years and currently, 17 international players are playing in the club. The total transfer market of the club is £393.77m.

The most significant performance of the Club at European level came in the 2016-17 season when the Foxes reached the quarterfinals of UEFA Champions League. After winning the Premier League title in 2015-16, the Blues qualified for the next year’s UEFA Champions League and being the champions of England, they were drawn against relatively lower half teams of the competition. The blues remained unbeaten in the first 5 group stage games and qualified for the RO16. And then they beat Sevilla in the RO16 with an aggregate score of 3-2 but fell short to Atletico Madrid in quarterfinals.

When it comes to rivalry, LCFC does not have much to talk about, however, according to their fans, Nottingham Forest and Derby County are their rivals. Coventry City – located 24 miles away from Leicester is also a rival club of the Foxes.The club has seen some of the great players in the mid-’90s and early ’20s. Three players were nominated for Ballon d'Or while playing for Leicester. The first player ever to achieve this honor was Gordon Banks back in 1966 and other two players were Jamie Vardy and Riyad Mahrez in 2016.

In the early time of the club, the Foxes played in different grounds and there was no official stadium to play. But after joining the Football League, the club used only 2 grounds for the matches. When the management changed hands in 2010, the name of the stadium was renamed to King Power Stadium. Now under the ownership of Aiyawatt Srivaddhanaprabha, the preparations to expand the stadium capacity are in process.

The brands like Bukta, Admiral, and Umbro were involved in the kit manufacturing of the club but after winning the Premier League in 2015-16, the club gained a lot of fame. Therefore, Adidas is now producing kits of the club since 2018.

The role of managers was very limited in the club and all the matters were handled by the Secretaries. Since the start, the club has appointed a total of 47 managers. The first ever manager to manage the club was Frank Gardner. The efforts of Frank Gardner are irreplaceable and without his efforts, the club would not have been survived.Currently, Brendan Rodgers is the manager of the club who joined the club in February 2019 from Celtic. The former Liverpool manager had two fantastic seasons with Celtic where he won twice. The 46-year-old signed 3 years contract with City who wants to keep him at the club till June 2022.

Claudio Ranieri is the most successful manager in the history of Leicester as he manages to win Premier League title in 2015-16. Players like Jamie Vardy, Riyad Mahrez and N'golo Edge flourished under his management and the club appeared as a potential threat to all big clubs of the country.

Further information about Leicester City Football Club can be obtained from:

Wikipedia page of the club: